Serena, Azarenka storm into round 3 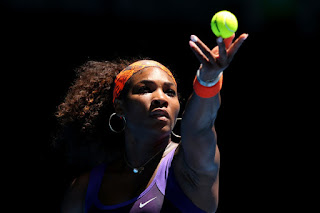 5 Time Aussie Open champion Serena Williams of the USA beat Garbine Muguruza of Spain 6-2,6-0 to place in the third round of the year's first grand slam. The American tried to keep the points short to avoid irritating her injured right ankle. Meanwhile the world number one and the defending champion Victoria Azarenka of Belarus eliminated Greece's Elani Daniilidou with dropping only one game. Caroline Wozniacki also through to the round three with the victory over 16 year old Croatian Donna Vekic in straight sets on Hisense Arena.