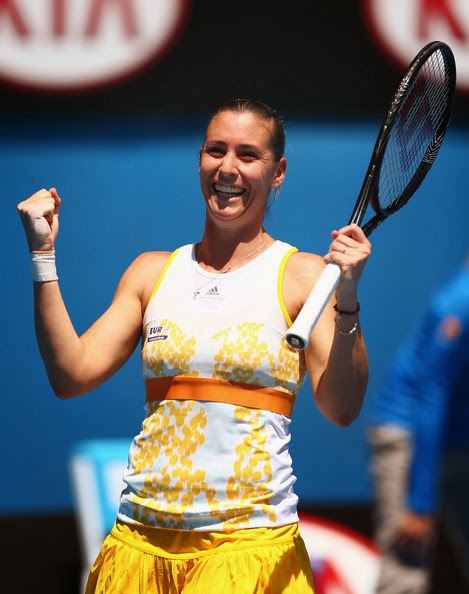 The 28th-seeded Flavia Pennetta, who turns 32 next month, has played some of the best tennis of her career since returning last year from a wrist injury that caused her ranking to drop as low as No. 166.
Pennetta reached her first Grand Slam semifinal at the U.S. Open last year and has followed that by reaching her first quarterfinal at Melbourne Park in 11 appearances. Pennetta will play  two-time finalist Li Na who has advanced to thequarterfinals for the third time in four years with a 6-2, 6-0 win in just 59 minutes over Ekaterina Makarova on Sunday.
Posted by Sampath at 3:18 AM