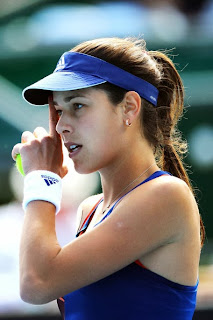 Ana Ivanovic of Serbia reached the final of ASB Classic, Auckland, after a sensational 6-0,7-6 victory over her this week's doubles partner Kirsten Flipkens of Belgium. The Serbian, who never dropped her serve in the two setter, heads into the final against 7 time grand slam champion Venus Williams of the USA. Venus Williams, former No. 1 now ranked 47th, was due to play fellow American Jamie Hampton in the semifinals however Hampton was forced to withdraw shortly before the semi final clash sending Williams into the final. Williams chose Auckland for her comeback after being sidelined by injuries since September.
Posted by Sampath at 9:42 PM