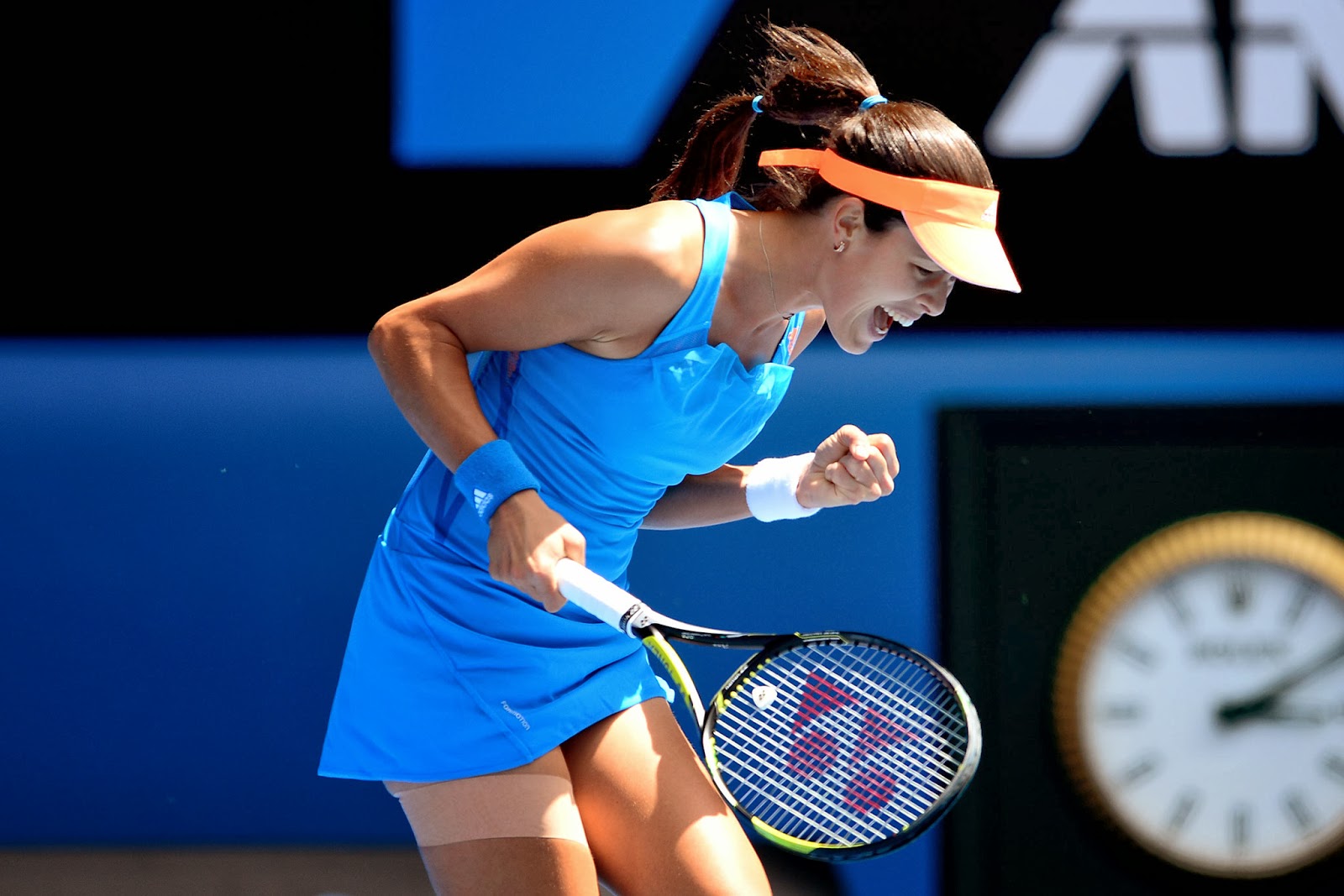 Former world number one, 2008 French Open champion, 14-seeded Ana Ivanovic ended Serena Williams' bid for a sixth Australian and 18th Grand Slam title with a 4-6, 6-3, 6-3 victory over the American on Rod Laver Arena. The American also had been on a winning streak of 25 matches coming into the championship. Ivanovic had never taken a set off the world No 1 in their previous four matches and the 2008 French Open winner had never beaten a top five player in a Grand Slam outside of French open. Ivanovic will play Eugenie Bouchard in the quarter finals to extend her win streak to 10-0 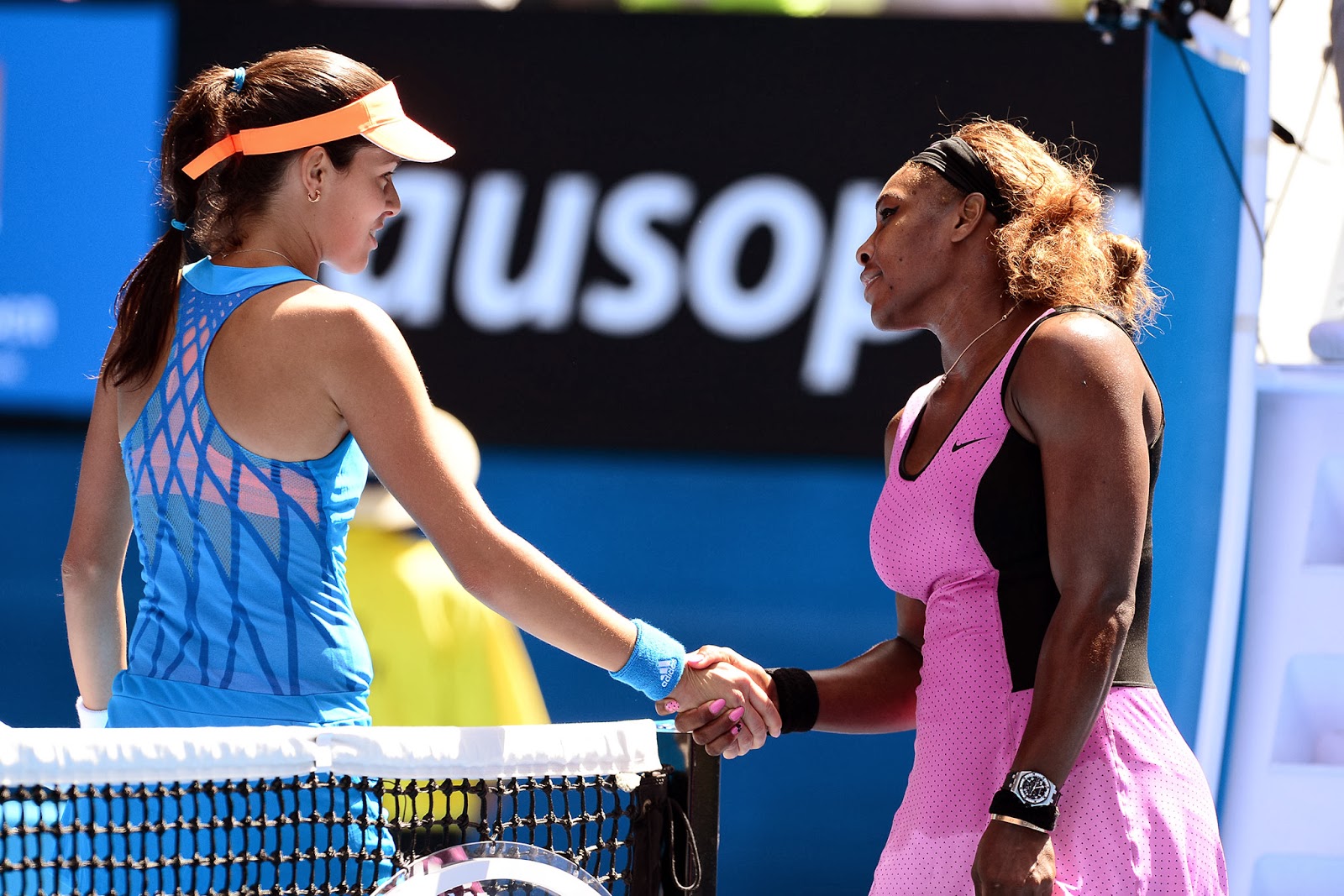 Williams congratulating Ivanovic after the match at the net.
Posted by Sampath at 3:38 AM