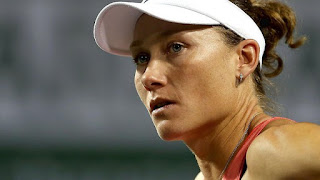 The calf strain that last week cost Sam Stosur the chance to reach her first WTA semi-final in five months has forced the world No.9 out of the follow-up premier mandatory event starting on Tuesday in Miami.
Stosur, who turns 29 later this month, has withdrawn from the Sony Open as she continues to rest and treat the right leg injury sustained as she served for her fourth round match against German Mona Barthel in Indian Wells. She was forced to hand another German, Angelique Kerber, a quarter-final walkover.