Azarenka pulls out of Miami 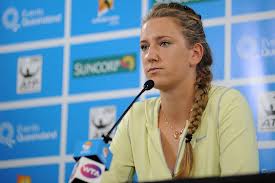 Two-time champion Victoria Azarenka put an end to several weeks of speculation on Friday as the second seed withdrew injured just ahead of her opening match at the Miami Masters. The winner from 2009 and 2011 finally bowed to the inevitable as she pulled out with an ankle injury after quitting before an Indian Wells quarter final a week ago. Azarenka's second round opponent Madison Keys will now face fellow American Lauren Davis, who awarded the lucky loser spot.
Posted by Sampath at 8:40 AM