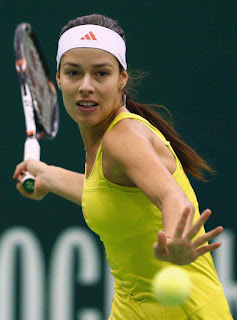 alova of the Czech Republic 6-1, 6-3. Caroline Wozniacki knocked out the defending champion Dominika Cibulkova 6-2,6-7, 6-1 meanwhile Sofia Arvidsson backed up her victory over Marion Bartoli in the second round by beating Maria Kirilenko, the only Russian left in the women's draw, in straight sets 6-3,6-3 to reach the semi finals.
Posted by Sampath at 9:48 PM