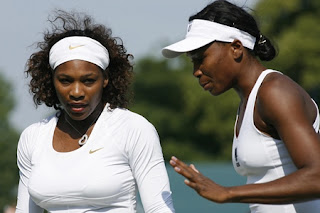 Serena and Venus Williams will lead the U.S. Fed Cup team against Sweden on hardcourts at the Delray Beach Tennis Center on April 20-21. The team announced Wednesday will also include No. 16-ranked Sloane Stephens and No. 27 Varvara Lepchenko. The winner will advance to the 2014 world group and have a chance to compete for the Fed Cup title next year. The losing team will be relegated to world group II in 2014. Sweden's team will consist of Sofia Arvidsson, Johanna Larsson, Hilda Melander and Sandra Roma.
Posted by Sampath at 6:54 PM