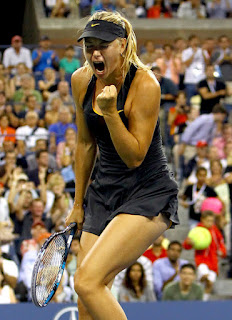 Vicotira Azarenka, Maria Sharapova, Serena Williams and Sara Errani are the remaining players in the women's draw of 2012 US Open as they came through from the quarterfinal stage to semi final stage in different styles. Azarenka knocked out the defending champion Samantha Stosur of Australia 6-1,4-6,7-6 in a very close match. Azarenka will play Russian Maria Sharapova to place in her first final in Flushing Meadows. Sharapova came through after a slow and rain delay start to book her semi final spot by beating Marian Bartoli of France 3-6,6-3,6-4 in another close match. Serena Williams and Sara Errani also earned their semi final spots as they beat Ana Ivanovic of Serbia and Roberta Vinci of Italy respectively