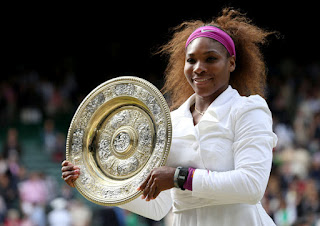 Serena Williams beat Agnieszka Radwanska of Poland 6-1,5-7,6-2 to win a fifth championship at the All England Club and 14th major title overall. Williams was playing in her 18th major final; Radwanska in her first. Actually, she'd never won a match beyond the quarter finals at a Grand Slam tournament until this week. Later she and sister Venus were back on Centre Court to beat Czech duo Andrea Hlavackova and Lucie Hradecka 7-5,6-4 Saturday in the doubles final. It was their fifth Wimbledon doubles title together 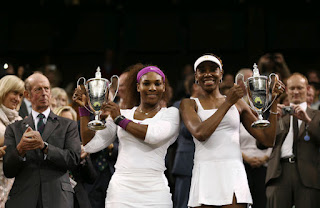